Edge analytics is the way data is collected and analyzed. It is a way in which automated analytical computation is performed on data at a sensor, network switch or other devices instead of waiting for the data to be sent back to the centralized data store.


The reason why edge analytics is gaining more and more importance and attestation is due to the Internet of Things (IoT) model of connected devices becoming more prevalent. In many organizations, streaming data from manufacturing machines, industrial equipment, pipelines and other remote devices connected to the IoT creates a massive glut of operational data, which can be difficult and very expensive to manage. The decision making process is faster as the data time between data generation and data analysis is decreased due to edge analytics. Due to Edge no time is wasted in sending data to a central location and waiting for the analysis, edge is here and now.

As data is analyzed closer to the source it makes the analysis far more agile. This is true where data is flowing form IoT sensors like CCTV camera, oil rigs, aircraft and remote manufacturing environments. The decisions can be made faster.
Not all data is important and with edge analytics now there is no need to store data in the hope that one day it might be useful. Edge creates a better and more agile process around data collecting and analytics. For example, as long as the self driving car of the future is running fine the data doesn’t need to be collected. This can be achieved by selective processing of the data which is facilitated by Edge Analytics.
Some IoT environments like the oil wells and connected vehicles generate significant amount of data that can overwhelm the bandwidth, but by having analytics on the edge the requirements of the bandwidth can be reduced.
Edge analysis provide a very cost effective solution. It is also necessary to ensure the economics of IoT makes sense. Should any failure occur in the analytics system the recovery is generally faster even in remote locations.  Equipment failure can be avoided through preventative maintenance undertaken when actually needed, rather than at fixed periods in a predetermined schedule.
Edge Analytics architectures can scale linearly as IOT deployments grow. As IOT applications are inherently distributed, it is logical to process IOT data in a similar fashion. As the number of sensors and network devices grow, the amount of data that they collect also grows exponentially and it increases the strain on the central data analytics resources to process these huge amounts of data.
Maintenance crews have an earlier and more precise visibility into future failures and breakdowns, making a spares inventory vastly more efficient. 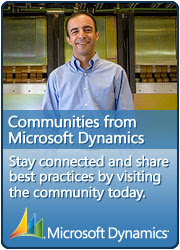